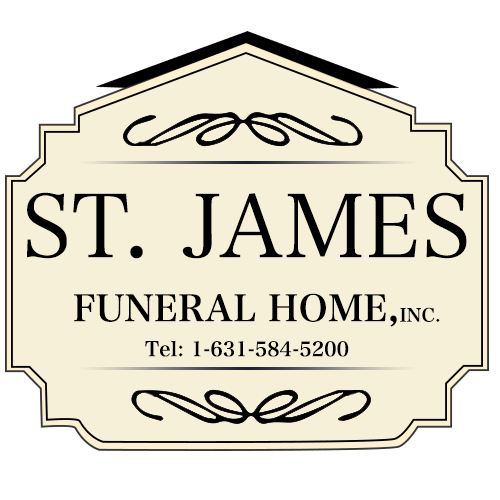 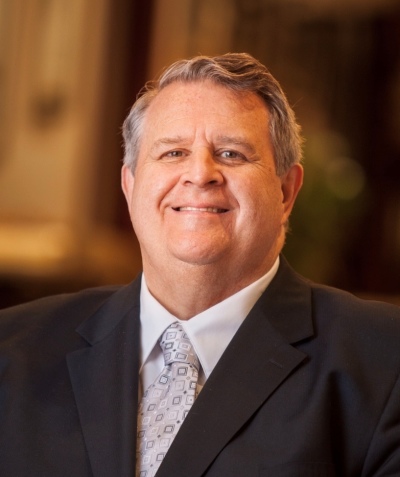 Ken was born and raised in The Bronx, N.Y. Ken attended St. Raymond's Grammar & High Schools. During that time he also served his Church and participated in community and school sports. Graduating, he continued on to Iona College, New Rochelle, N.Y.  Through four years, he earned his Bachelor of Arts Degrees in History and English. He also earned minor Degrees in Theology and NYS Secondary Education. These degrees were conferred in June 1972. Ken married his childhood sweetheart, Elizabeth M. Levin in August, 1972.

Beginning in his High School years, Ken worked part-time as a receptionist at a local funeral home. Throughout this experience, he witnessed how people were hurting, in pain and didn't know what to do or what steps to take. He saw how people turned to a funeral director for help. This extensive exposure was to affect Ken in his personal and professional life. After a short time, of pitching for the New York Yankee Organization. Ken put his original dreams (Pitching for the Yankees and being a High School teacher) aside, he entered the internationally- renowned school, American Academy Mc Allister Institute of Funeral Service, Manhattan, N.Y. ,from which he graduated in March of 1973. He served his internship and residency at Garlick Funeral Homes, Brooklyn. Upon completion in 1974 he became a New York State Licensed Funeral Director. In January 1976, Ken was hired as the Assistant Manager of the Garden City chapel of Fairchild Sons Funeral Homes. At the same time, Ken and his wife were blessed with their first child, Aelysche.

They heard about a little town in Suffolk County called St. James, where there was a funeral home for sale. They followed their dreams; took a leap of faith and off to St. James they went.  And here they are almost 45+ years later…

During their 45+ years, in addition to creating a successful business, Ken has served his Church and his community as a Deacon for Sts. Philip & James R. C. Church, St. James. Ken has sponsored and coached Little League, is a member of the Knights of Columbus, has assisted in beginning bereavement programs in many local churches, guest lecturer at Smithtown High Schools, has been a guest lecturer at Dowling College for the Hospice Workers and Nurses; served as a president and chairman of the Board of the St. James Chamber of Commerce; Secretary of the Lions Club; a member of the Nassau-Suffolk Funeral Directors Association; he has served on the board of directors for St. James Senior Day Care Center and was president of the Board at the creation of Suffolk County's First Alzheimer Respite Program. His participation in these programs continues today.

Presently Ken is serving as the chaplain for the Suffolk County Sheriffs Department. 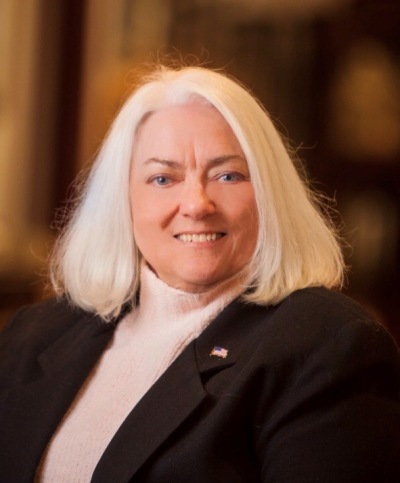 "Betty” was born in Cork, Ireland came to United States of America and to be raised in The Bronx and Northport, Long Island. She graduated with honors from Northport High School. Betty earned her Bachelors & Masters Degrees from Adelphi University, Garden City. Betty taught Elementary School for two years in The South Bronx and went on to additional years to teach Science in Junior and Senior High Schools in Valley Stream. Betty became a full time Mom upon the birth of their children; Aelysche , Kerry and Kenny, Jr. In addition to being the “Back Bones Of the Business”, Betty donates her free time to her Church as a Religious Education Zone Director and Past President of the Catholic Daughters Of America . Betty also finds time to teach calligraphy in the Smithtown Adult Education. 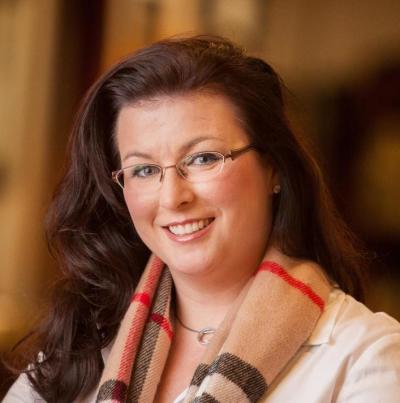 Kerry was born in the Town of Smithtown and raised in St. James. Kerry is a product of the Smithtown Central School District where she graduated following a shining academic and athletic experience.  Kerry attended Nassau Community College where she served as president of her Mortuary Science class.Upon graduation she earned an A. B. S.  degree in Mortuary Science.  After passing her National Funeral Directors’ Boards, Kerry went on to complete her New York State residency at the family’s funeral home.  Due to her expertise in Field Hockey, Smithtown High School did employed Kerry as their Assistant Varsity Field Hockey Coach from 2001-2006. During her coaching, the team has gone on to the post-season league play and the state semi finals. Under the field hockey she did coach Indoor Field Hockey, Booster Club Camp, and assists with the Field Hockey Festival Team from Long Island, N.Y .

In 2006 Kerry started her own business “Nassau Suffolk Field Hockey” playing tournaments in Disney, California. Kerry also dedicates her time as a religious education teacher for Sts. Philip and James R. C. Church and is a member of the Catholic Daughters of America. Kerry is also a member of the Nassau-Suffolk Funeral Directors Association where she serves as a part of the Suffolk County Representative Board Member and Hospitality Committee. Following the 9-11 Attacks, Kerry volunteered and was chosen to represent Suffolk County at Fort Totten to assist with the Twin Towers Memorial Urns Program. Kerry also stays very active in her community through membership in St. James Chamber of Commerce, presently serving as a Board Member for the chamber. For the past several  years Kerry has been the Director & Chairperson for the St. James St. Patrick’s Day Parade in St. James.  Kerry had served as a Committee Chairperson for the Splashes of Hope Foundation. She volunteered with Splashes of Hope with face painting at the Care Center @ University of Stony Brook & Med Ctr.

Kerry in the midst of her busy family life and her professional life at her family business, Kerry had a vision and dream for the love of her town St. James, In December 2016 she started and co-founded the civic organization , Community Association of Greater St. James, Inc. where they organize, run events and meetings for St. James and all its wonderful attributes. Kerry saw a need for this organization for her town and took a proactive approach.

Kerry married her long time boyfriend, Richard D. Weisse, Jr. on November 11, 2010, and then they decided to start a family. Kerry and Rich had their first child, their angel, their daughter, Avery Elizabeth on April 25, 2011 .Then their second child, their son , Ryder Al Weisse on October 1, 2013. Then Third Child- second daughter, Kennedy Richele Weisse on May 7, 2015 .Our Four Child -second son, Grayson Edward Weisse on August 23, 2016. Our Fifth Child, Third Daughter-Peyton Mary Weisse on January 31, 2018 and our 6th Child- Myles Richard made his debut on July 29, 2019. They fill out hearts with Love and everything especially their laughter!  Our family pet is Gus Gus who is a great protector and companion! 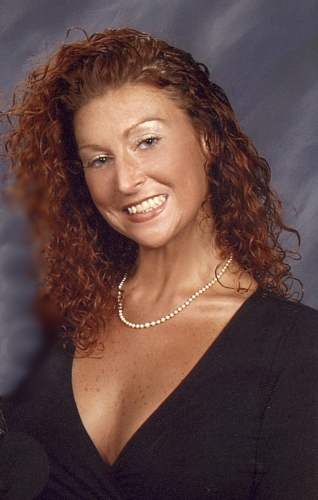 All to soon on October 4, 2007 Aelysche suddenly left this earth. Her spirit still remains with her parents, sister, brother, grandparents and close family friends. Her memory will remain in our thoughts, prayers and in our hearts forever! She has put a hand print in our hearts! “We carry her heart...We carry it in our hearts!” 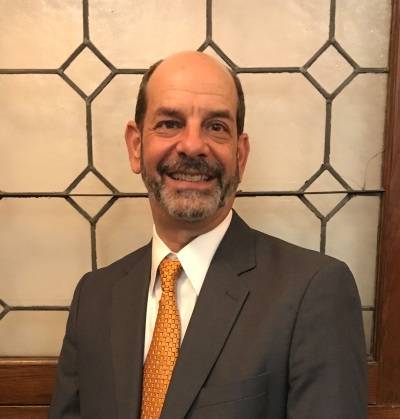 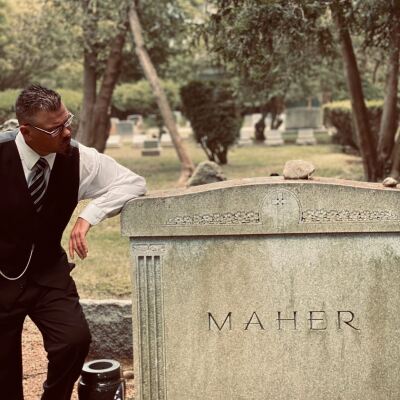 Kenneth J Maher Jr was born and raised in St.James NY, graduating from Smithtown High School in 2000. As a second generation Funeral Director Ken has always wanted to follow in his father's footsteps, working in his parents funeral home from an early age, and then starting his education in the Mortuary Science Program at Nassau Community College in 2000 and graduating in 2002. Ken also continues to serve the community to this day. Coaching Smithtown little league as well as golf for the Smithtown Adult Education Program. Also, being highly active in the Knights of Columbus as one of their youngest Fourth Degree Members as well as being a member of the Ancient Order of Hibernians. Ken is also a past president of the Ronkonkoma chamber of commerce, Member of the Farmingville Historical Society,Member of Farmingville Civic Association. 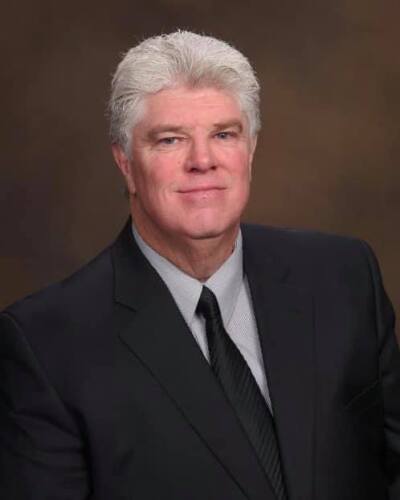 Michael brings 40 years of knowledge and experience in the funeral service industry – with intimate know-how of operations, management & care of families , to community outreach and involvement throughout the Northeastern States of the US.From his foundations at Schwartz Brothers Memorial Chapel to executive positions leading, managing, and driving M&A throughout the Northeast , Michael has made a career of serving members of the community in a time of need.

As an active member of the communities he’s served in leadership positions in a number of fraternal organization (Knights of Columbus, Mother Teresa Council# 12006, Kiwanis International , Loyal Order of Moose International, Ancient Order of Hibernians, Stony Brook University Hospital) Michael has made a career of giving back.

Born and raised in Douglaston Queens, Michael attended St. Francis Preparatory and St. John’s University, graduating in May 1979 with a B.S. in Finance. Michael entered the internationally esteemed American Academy McAllister Institute of Funeral Service, and after attaining national and state board certifications served his residency at Schwartz Brothers Memorial Chapel, subsequently advancing to management. Service Corporation International purchased the firm and from there Michael advanced within the company, managing a host of large and national recognized firms to include Schwartz Brothers, Riverside Memorial Chapel, and Frank E Campbell. In March 1996 Michael was promoted to Vice President of the Eastern Region of SCI. His area of responsibility included management and leadership of assets in New York, Connecticut, Massachusetts, and Maine, and driving the firm’s M&A strategy within those territories

Michael has lived in Setauket with his wife Antonietta for the last 35 years, where they raised two children who attended the Three Village School District, and are members of the St. James RC Parish.  Ann has worked as a Registered Nurse and Nurse Practitioner for Stony Brook University for nearly 40 years. Both children (Sean & Catherine)are happily married and executives for global investment banks.  Michael & Ann recently welcomed their first grandchild, Callan Michael in May 2020.
Michael  credits his parents ( Jack& Catherine) who taught him the importance of serving others . He enjoys traveling the world with his children and is a life-long NY Yankees fan.

Our Services
Urn Store
Why Choose Us ?

A year of daily grief support

Our support in your time of need does not end after the funeral services.  Enter your email below to receive a grief support message from us each day for a year.  You can unsubscribe at any time.